Lynne Strickland, David Hespe, and Jeff Hauger apply their outstanding experience in the education field and their leadership experience within school administration, as education advocates, education commissioners and as gubernatorial task force appointees. These SHS partners have established the tools and relationships they need to navigate the legislative and regulatory processes, and to provide the research, analysis and policy acumen you need to achieve optimum results for your district. 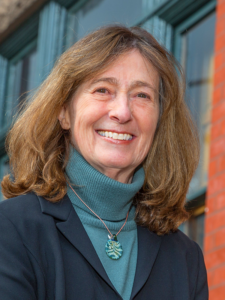 Lynne Strickland brings over thirty years of success to SchoolHouse Strategies as well as a wealth of experience, a critical in-depth knowledge of statewide school funding, know-how and contacts. Her network of contacts throughout the education world reaches all levels and subject areas

Prior to becoming a partner at SchoolHouse Strategies, Ms. Strickland was hired as Executive Director of the Garden State Coalition of Schools (GSCS) in 1992. Under Ms. Strickland’s twenty-four-year leadership, the GSCS grew in its effectiveness and state-wide membership. Among many accomplishments, Strickland is recognized for her key role in bringing a minimum of 40% state funding in school construction to hundreds of districts that received no or very limited debt service prior to the passage of the $2.9B school construction legislation. Strickland also was a leader in seeing that schools receive a new school funding line for ‘extraordinary aid for special education students’ with high-cost needs. Today, the coalition’s active members comprise a strong contingent of school superintendents, school board members, and parents. Together, GSCS and Ms. Strickland won a seat at the Trenton table, where legislative and Statehouse relationships are critical to successful policy development.

Ms. Strickland is sought after for providing sound, solid and credible information to policy-makers and stakeholders. She played a key role in proposing the 2010 Woodrow Wilson School’s conference that helped to catalyze the creation of the award-winning editorial website, NJSpotlight.com.

Ms. Strickland was active as a PTA President in Tenafly and served on the local of Board of Education there prior to taking of the Directorship of the Garden State Coalition in 1992. She is active in a variety of sports including golf, swimming, and horseback riding and loves all things outdoors and animals too– including her horse Pageboy, a retired racetrack lead pony and her German Shepherd mix, Carlata.

David Hespe is an accomplished leader with decades of public service in New Jersey at all levels of education administration and policy.

Hespe is the founder of Effective Education Solutions, LLC, a consulting firm dedicated to assisting school leaders and administrators in efficiently and effectively delivering a high-quality education that will prepare students for the challenges of college and careers.

He began his career in education policy in 1989 with the non-partisan Office of Legislative Services and then joined the administration of Governor Christie Whitman as her Assistant Counsel for Education and Higher Education.

Hespe has been appointed twice as New Jersey’s Commissioner of Education from 1999-2001 and again from 2014 to 2016.  He also served the Department of Education as Assistant Commissioner and as Chief of Staff.

He is very proud of his educational leadership work in New Jersey including as President of Burlington County College, Interim Superintendent and Assistant Superintendent of the Willingboro School District, and Co-Executive Director of Liberty Science Center.

Hespe is a practicing attorney who served as First Assistant Attorney General for the State of New Jersey and has engaged in the private practice of law.

He has both a Bachelor of Arts degree and Juris Doctor from Rutgers University and is a lifelong New Jersey resident. 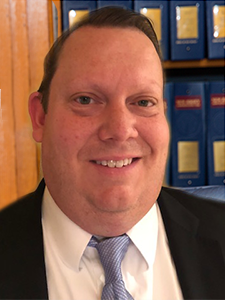 Jeff Hauger is a key expert in large-scale student assessments where he has experience on the district, state, and the national level. He brings to Schoolhouse Strategies a unique skill base of understanding the policies associated with statewide assessments as well as the technical expertise in psychometrics.

Beginning his career as a district test coordinator at Moorestown Township public schools, he administered statewide assessments for 4 years.  Mr. Hauger then became the Director of Assessments for the state of New Jersey. During his 8-year tenure, New Jersey transitioned the statewide assessments to the Partnership of Assessments or Readiness for College and Careers (PARCC) and the science assessments to the Next Generation Science Standards. This honed his skills in writing request for proposals (RFPs) as well as reviewing and evaluating vendor responses.

A leader in the field on the national level, Hauger was co-chair of the research and psychometric working group in the PARCC consortium and has also been a peer reviewer for the United State Department of Education reviewing statewide assessment systems.

An in-demand presenter on assessment topics at National Conferences, Jeff Hauger is currently on the Council of Chief State School Officers (CCSSO) program planning committee that reviews all the proposals for the national conference on student assessments (NCSA).